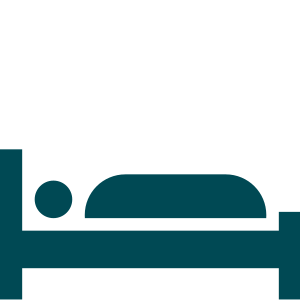 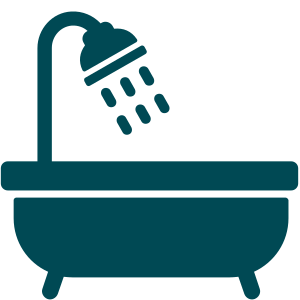 A stone Victorian Detached House set amidst a large, and established, garden of some 0.37 acres backing on to a corridor of woodland.  The house is a fine family home of four bedrooms, three public rooms, conservatory, study (boxroom), kitchen, utility, bathroom, and WC and has a fantastically convenient situation nearby Colquhoun Park (great for children), along the road from Bearsden Railway Station and within half a mile of Bearsden Cross.

Our client had the roof re-slated in 2019 (with Grade 1 Cupa slate) and in the same year had the gas central heating boiler renewed (Vokera Vision 30c condensing combination boiler).  There is an alarm.  To the side of the house is a wider than standard, single garage with a remote-controlled garage door by Cardale.

Undoubtedly there is scope to make improvements to the house including real potential to extend (subject to obtaining the necessary planning permission/consent), the kitchen, with its galley style arrangement, arguably smaller than that which current family living desires.  Scope, therefore, for the buyer to add value, which may be particularly pertinent to those envisaging the house as a long-term family home.

The garden is really quite something, a sizeable expanse at the rear with an enclosed garden, mainly to grass, including a little ‘secret patio garden’ at the very foot of the plot, backing on to the woods.  The front garden has the convenience of two driveways, both with gates, the westerly side of the house having a further set of gates to a hardstanding area for two cars (van, boat, caravan) with water tap.   The garden really is a wonderland for young children.  Colquhoun Park, only around the corner, with its playing fields and two Nature Reserves, is a brilliant place for older children to roam free.

Four Bedrooms (three doubles, one single); smart Bathroom including shower enclosure with ‘Subway’ wall tiling and a thermostatic shower with both Deluge and hand showerheads.

The house is by Colquhoun Park, along Station Road from Bearsden Railway Station, Bearsden Bowling Club, and the well-stocked local Co-op Store.  Bearsden Cross, and its excellent amenities and shops, is approximately half a mile away.  School catchment is Colquhoun Primary and Boclair Academy, where new £40m premises are currently under construction.  In Bearsden is the High School of Glasgow Junior School (Ledcameroch Road) and St Nicholas’ Primary (Duntocher Road).  At the Cross is the newly built Bearsden Early Years Learning Centre, ‘The Hub’ and a truly excellent selection of shops, cafés and facilities. 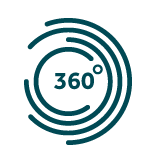 Only items specifically mentioned in the particulars of sale are included in the sale price.

Offers should be submitted in Scottish Legal Form to the selling agents Rettie & Co.  A closing date by which offers must be submitted may be fixed later. Please note that interested parties are advised to register their interest with the selling agents in order that they may be advised should a closing date be set. The seller reserves the right to accept any offer at any time.

This property and other properties offered by Rettie & Co can be viewed on our website at www.rettie.co.uk as well as our affiliated websites at www.onthemarket.com, www.thelondonoffice.co.uk  and www.rightmove.co.uk.

The property is sold subject to and with the benefit of all servitude rights, burdens, reservations and wayleaves including rights of access and rights of way, whether public or private, light, support, drainage, water and wayleaves for masts, pylons, stays, cable, drains and water, gas and other pipes whether contained in the title deeds or informally constituted and whether or not referred to above.

Rettie Bearsden, their clients and any joint agents give notice that: